I Went to a “The Pretty Reckless” Concert, and “Them Evils” Stole the Show!

Home|Blog, CD Reviews, Concert Reviews|I Went to a “The Pretty Reckless” Concert, and “Them Evils” Stole the Show!

I Went to a “The Pretty Reckless” Concert, and “Them Evils” Stole the Show!

One of the nice things about having a subscription to the streaming service “Tidal”, is discovering new bands that I never hear while listening to “Deep Tracks”, on Sirius/XM. One of my favorite finds is the band “The Pretty Reckless”. The cover of its 2014 release “Going to Hell” immediately grabbed my attention. 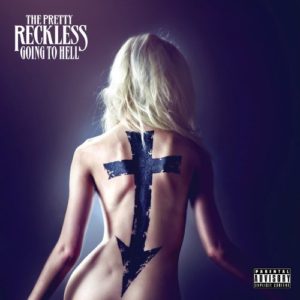 I was surprised to find out that the naked woman on the album cover is the band’s lead singer, Taylor Momsen. I learned that Taylor is best known for playing “Cindy Lou Who” in Ron Howard’s version of “How the Grinch Stole Christmas”, and as “Jenny Humphrey”, on the show “Gossip Girl”. I’m glad that Taylor quit her day job. She has an awesome rocker voice, and can scream with the best of them. She reminds me of a young Ann Wilson of “Heart”. I listened to the complete album and was hooked after the first listen. The album is a great mix between up tempo hard driving songs like (the orgasmic opening track “Follow Me Down”, the title track “Going to Hell”, and “Sweet Things”, and slower tempo tracks like “House On a Hill”, “Blame Me” and “Burn”. My favorite songs are the bluesy “Heaven Knows”, and the anti gun song “Why’d you Bring a Shotgun to the Party”.

On “Heaven Knows”, Momsen’s vocals are spot on, and a chorus adds a nice layer of depth to the song. On “Why’d you Bring a Shotgun to the Party”, I loved the silence between the first few bars, and really enjoyed how they incorporated the sound effects of someone loading a shotgun, and shooting a machine gun into the mix.

Fast forward to 2016. I was excited to find out that the band was performing live at one of Baltimore’s best concert venues, “Rams Head Live”. I also turned my brother Jeff onto the band, so he was excited to join me for the band’s November 18th show.

My tickets gave no indication that there would be an opening act, so we were a little surprised to find out that there were actually two opening acts. I was a little disappointed that we had rushed through our dinner at “Foga de Chao” to hear some unknown wannabes. The first band up was “Them Evils”, a Metal Band from “Orange County, California that formed in 2013, to be followed 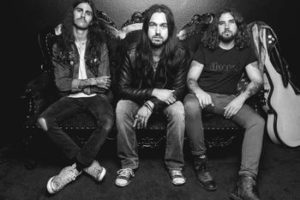 by the “Holy White Hounds”, a rock band from Des Moines, Iowa, with “The Pretty Reckless” closing the show. 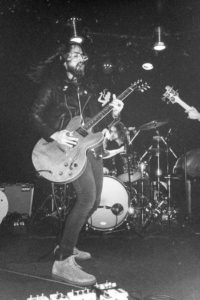 My disappointment turned to sheer joy after “Them Evils” finished its first song. The band exceeded all my expectations. “Them Evils” stole the show! “Them Evils” guitarist/vocalist, Jordan Griffin, has an incredible voice, and hit every note with unbelievable power and control. He is also an extraordinary guitarist.  The band’s bassist, Jake Massanari, and its drummer, David Delaney, created a forcefield of explosive energy, while playing their instruments with precision and reckless abandon. I was sorry when the band’s 45 minute set was over. I met with the band afterwards, and purchased its self titled “EP”. See my review at the end.

Listening to the second band the “Holy White Hounds” was a real let down. It was almost like watching Steph Curry shoot 3 pointers from 30 feet out to watching some 10 year old kids playing a game during halftime. “The Pretty Reckless”, also put on a good show, but Taylor Momsen’s vocals were very difficult to decipher. All I can say is that I was really happy that we rushed through dinner to hear “Them Evils”. In a few years they’ll have two bands opening for them. 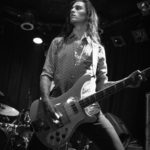 All of the songs on “Them Evils’” 4 song self titled “EP” were played during the band’s opening set. According to the band, all of the songs deal with struggles, women, and getting laid. The “EP” opens up with the hard pounding “Untold”. I loved the band’s use of distortion to add dimension to the song. Track 2-“Put Your Love on Me”, kicks off with Dave Delaney’s drum sticks hitting together and launches into a bluesy rocker that highlights Jordan Griffin’s powerful vocals. Track 3, “Bleed” starts with the feedback from a guitar, and then thumps along. The song once again shows off Jordan Griffin’s extraordinary vocals, and his inspirational guitar playing. The disc closes with Track 4, “Get You Out”, which is the slowest paced song on the “EP”. The band’s bassist, Jake Massanari, and its drummer, David Delaney get a chance to show off their chops on this one. This “EP” is 15 minutes of non stop action. However, as much fun as the “EP” is, it doesn’t come close to capturing the electricity created during the band’s live show. It reminds me of the band Kiss. Kiss released the albums “Kiss”, “Hotter than Hell”, and “Dressed to Kill” before releasing the mega platinum album “Alive”. They catapulted to fame right after that release. I can’t wait for “Them Evils” to release a live album. 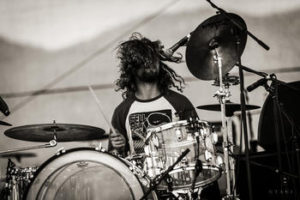 David Delaney pounding on the drums.

For more information on the band check out their interview below. The first 6 questions were answered individually by the band members.

1.What or who inspired you to start playing music?

I’ve grown up surrounded by music. It wasn’t until I met Eric Kretz from Stone Temple Pilots, who was a good friend of my uncles at the time, that really inspired me to pursue it as a career.

After purchasing an AC/DC live CD when I was in elementary school that came along with a DVD, I knew that I wanted to learn to be able to do exactly what they were doing but in my own way.

My first concert was a Green Day show and I saw Billy Joe Armstrong spit into the air and catch it. I knew from right then that I wanted to play rock n roll and be a degenerate. I was only 5.

2. What is the first song you learned how to play, and what was your practice instrument?

When my parents saw I was taking such an interest in drums, they surprised me with a Roland electronic drum kit on Christmas when I was 10.

The first song I ever learned to play was “Like A Stone” by Audioslave.

Seek and Destroy by Metallica. I borrowed a cheap ibanez bass from a music school so I could learn on it before I was able to get my own.

Master of puppets by Metallica on an Ibanez Gio. Then my parents bought me a Gibson SG.

3. What is your proudest moment as a musician?

As of now, I would have to say the Louder Than Life Festival in Kentucky. We played the pre-party, an acoustic set on Day 1, and played a main stage on Day 2. On top of all the hard work we put into it, I got to meet some of my favorite drummers. Huge shout out to Danny Wimmer for having us out!

Probably killing it as hard as we did over the last 3 months on tour and gaining recognition from all sorts of respectable names in the industry. We’ve busted our asses over the past 2 years to get where we are, and it’s incredibly fulfilling to see that people are starting to know who we are.

The first time I heard one of our songs on the radio from our first EP. I cried, David was there. I believe it was on KLOS a Southern California station.

My 3 favorite types of music are Rock, Grunge, and Metal. If I were to pick a band from each, I’d pick Queens of the Stone Age, Soundgarden, and Metallica. All those bands bring their own unique sound and after all these years still manage to release great music.

Any and everything that I find inspiring at that particular moment.

Led Zeppelin, Aerosmith, and AC/DC because they wrote the hits.

5. What kind of audio system are you using to listen to music?

I have a 120 GB iPod that never leaves my pocket. Unless if I have to charge it, of course. It’s like a pre-show ritual to listen to it and get pumped up.

I’ve got a record player that I use pretty much every day. I’m always trying to expand my collection.

iPhone most of the time. I’m currently living in our tour RV so there’s a little jam box in there I crank to wake me up.

6. What do you like to do outside of music that contributes to your musicality, or that rejuvenates your creativity?

I go to shows pretty frequently. Taking influence from some great artists while discovering some new ones at the same time.

I find spending a lot of time in nature or just outside in general to be incredibly rejuvenating. That’s why I love California. I also really enjoy reading a lot of 1950’s – beatnik generation poetry. Like Allen Ginsberg, Jack Kerouac, Neal Cassidy, etc. They were the rock n’ roll of poetry back in the day, and I find it very inspirational and intriguing.

I love to see the beach. The waves and the sound of the ocean put me in a trance. It’s motivation because I never want to leave Southern California so I know I have to work my ass off to make music and succeed. Working towards that shack on the beach and a Porsche for my parents.

The following questions were answered by “Them Evils”

1. What is your ultimate goal as a band?

2. What challenges have you faced that have prevented you from reaching this goal?

Aside from money, nothing really. We have the drive to keep things rolling and we always find a way to work around obstacles.

3. What are you currently working on?

Currently, we are tracking a new album and playing some shows on the West Coast before we embark on another tour.

4. How do you go about writing a song?

t’s a long process but it always starts with a riff and a vocal Melody. Then we build around that.

5. What is your creative process?

Whiskey, usually. Sometimes we just jam a riff until the next part of the song pops in our heads. Covering songs sparks inspiration and creativity as well

Check out the band’s videos below.